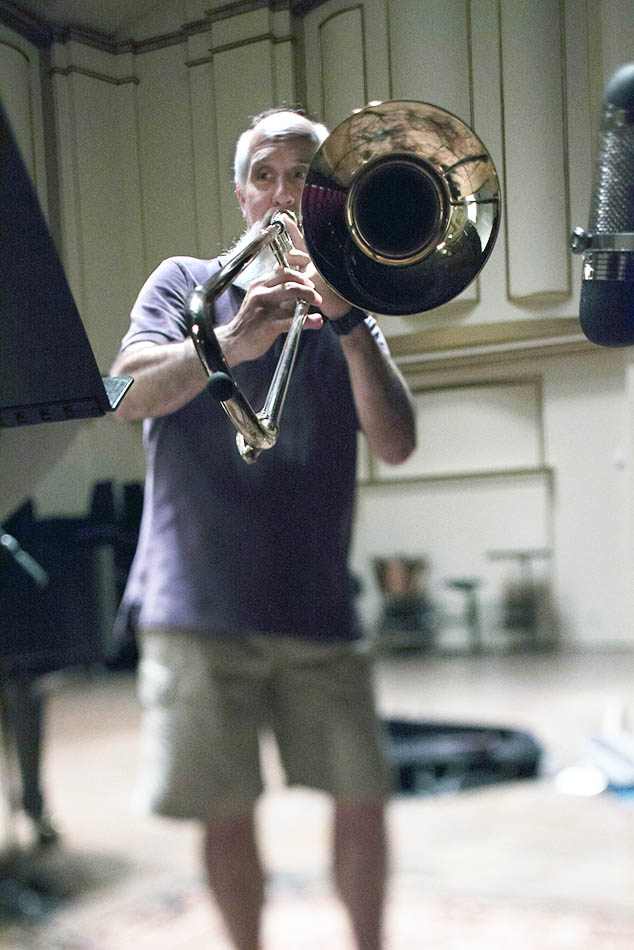 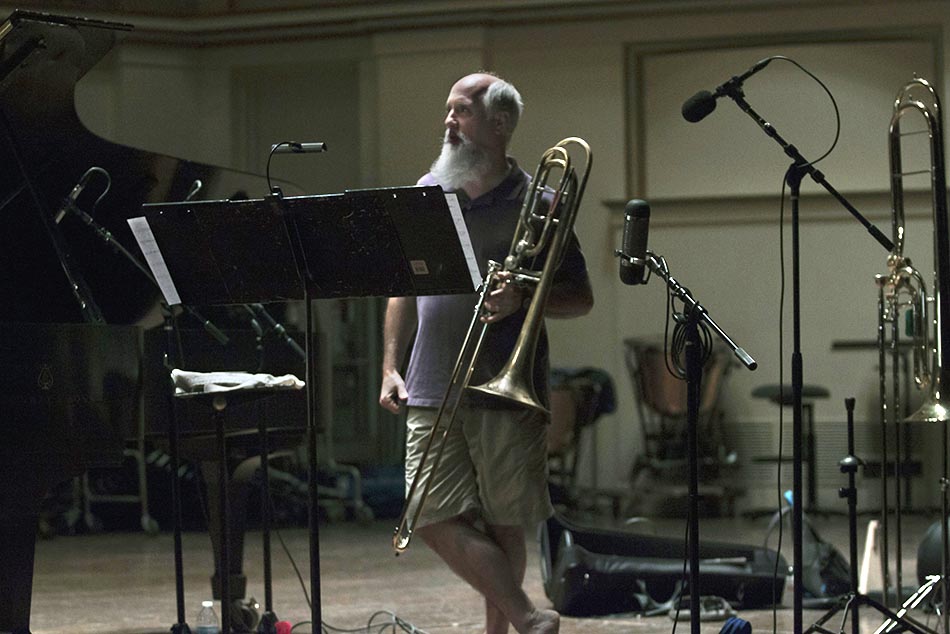 Now into my 4th decade of life as a professional musician, my path has been a long and winding one, and this (not too short!) bio describes much of my travels along the way. I hope you can relate to some of it, and see your own experiences reflected somewhere in all of it. Take a deep breath, .. now ready..go!

I started out playing my dad’s trombone (I found in a closet) and was a very poor student. I became more serious about it around the 7th grade,( the same year I met Steve Norrell, lifelong friend and high school and college buddy) and really became interested when I first made Georgia Allstate band in 9th grade. I was drum major of my high school marching band, and went to Brevard Music Center summer of my junior year. This really got my attention, and I met Charles Vernon for the first time. My first paying gig was as a senior in high school, in a dixieland band. (along with Philip Clark, fellow Cedar Shoals student, now trumpet in the Kansas City Symphony)

College was four years at UGA, a music ed major, until my senior year, when a jazz quartet I was working weekend gigs with got me thinking about performing instead of teaching. After my 4th year at UGA, I had the chance to join a group out of Atlanta, The Cody Marshall Band, and spent the next year and a half traveling and playing such places as Saudi Arabia, Alaska, Puerto Rico, Reno and Lake Tahoe Nevada.

As my time was coming to an end with Cody, I found an opportunity to move to Phoenix, Arizona, where I had hopes of working. (here I was reunited with my old pal, Steve Norrell, who was playing with Phoenix at the time) I spent 4 years freelancing there, and played shows such as Chorus Line, Annie, Bob Hope, Sammy Davis Jr. Liberace, and started taking orchestra auditions. I tried out for the Phoenix Symphony a few times, never advancing, and won a job with the Tucson Symphony on bass trombone.

At this point, I realized if I was going to win a full time orchestra job, I would need further schooling. I was able to get into Juilliard, and once again was helped by, you guessed it, Steve Norrell, now in the Met orchestra. 3 years in New York gave me some wonderful experiences, in and out of school. I played with the Met, and was Fortunate to play Die Valkyrie, along with a fair amount of other extra work. I went with the Juilliard Orchestra on the Asia tour in 1987, and after completing my BM and MM in June that same year, won the Bass Trombone job in the San Francisco Ballet the following October.

I spent eight great years living in the Bay area, and had more opportunities there, including performing the 1990 Ring Cycle with the San Francisco Opera, recording the Alpine Symphony with the San Francisco Symphony in 1988, and making great friends along the way (such as Peter Wahrhaftig). I met my wife there, and we got pregnant just prior to the audition in St Louis in June 1995. With this extra incentive, I won the position, and we moved to St Louis September. My daughter Emily was born on my birthday in October that year.

I have been in the SLSO ever since that time. It has been a wonderful, varied life, filled with great music, many friends, and a love of trombone. I have played everything from salsa, Chinese funerals, opera, ballet, brass quintet, Broadway shows, Dixieland, marching band, and others I can’t recall. I have been to music festivals at Tanglewood, Bear Valley, Carmel Bach, Teton Festival, Great Woods, Waterloo, Interlochen, taught at Scottsdale Community College, UC Santa Cruz, University of Missouri St Louis, master classes at Mizzou, Illinois, Georgia, Michigan, Millikin College, Illinois State University, UMKC, Eastern Trombone workshop, ITA, traveled to most of the 50 states, Europe, asia, latin america. I greatly enjoy my work now with my colleagues, as we have formed The Trombones of the St Louis Symphony, and have a CD to be released soon. We have also established the St. Louis Low Brass Collective, a non profit organization designed to further the appreciation and understanding of low brass, through master classes, concerts, workshops in the St Louis area. Through my life in music, I have many friends around the country, and continue to explore the wonderful world of trombone. Who knows what’s next, maybe a concert near you. If you do see me, please come up and say hello, and I hope you enjoy.